Are you quarantined? Have you isolated yourself? Are you keeping yourself steadfastly, resolutely, fastidiously away from human touch? How long do you wash your hands? Or do you use hand sanitiser? Are you up to date on new terminology? Flattening the curve? Contact tracing? How many WhatsApp messages are you reading these days? How many videos are you watching? Are you working from home? Are you a freelancer? Has work dried up? Or do you work in an organisation? Is your salary covered? What about your maid? 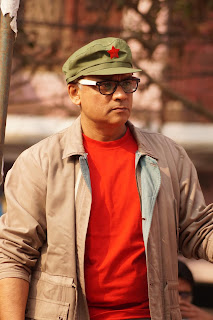 This time feels like out of a movie. We are in a dark room, being sucked into an alternative, made-up reality that feels more real than the reality out there. What makes it feel real is the sense of isolation – like in a movie hall, where the person next to you, even though only a few inches apart, is invisible, nonexistent even. You can binge-watch shows and movies, you can read all you want, you can call or chat with friends, but all this activity underlines that one incontrovertible, staring-in-your-face reality – you are alone. For your own good, it seems.

What, then, of theatre? Peter Brook began The Empty Space with: ‘I can take any empty space and call it a bare stage. A man walks across this empty space whilst someone else is watching him, and this is all that is needed for an act of theatre to be engaged.’ At the time, this was a plea not to let theatre be the prisoner of its paraphernalia – auditorium, sets, lights, costumes. Today, it underlines an even more basic reality – that theatre requires actors and spectators to be at the same place at the same time. How will we come out at the other end of the pandemic tunnel if we internalise the idea that social distancing will keep us safe?

Capitalism does that anyway. It atomises the human species, besides also giving us the illusion that we have conquered nature. We become consumers – of nature, of the fruits of human labour, of the idea of emotional contentedness. Theatre is the opposite – it is group activity, it builds community. The visceral quality of theatre is impossible to replace or transcend. The actors and spectators share the same space, at the same time; they breathe the same air, they smell the same smells; and, often, they are even within touching distance of each other.

In times that accelerate distancing and isolation, we need communities that care; we need solidarities that outlast the plague of isolation. In a world that peddles the opium of unreason and irrationality, we need the water of reason and rationality; in a world that valourises fat cats who profit from people’s miseries, we need to tell the stories of the unremarkable earthworm who turns the soil; in a world where greed struts about wearing the fanciest glittering outfits, we need to turn the spotlight on the rough robes that human decency comes wearing.

When Rudolphe Salis opened the first cabaret in Paris in 1881, he had guards at the entrance, resplendent and glittering with gold, who welcomed patrons, artists, poets, singers, but turned away ‘the infamous priests and the military’, because he had a modest ambition: ‘We will satirize political events, enlighten mankind, confront it with its stupidity, cure those creeps of their ill-temper’.

We need our theatre to be like Salis’ cabaret – a watering hole for the spirit. We need laughter that spreads like a contagion; we need rage that burns like a fever; we need empathy that infects like a virus.

(World Theatre Day was initiated in 1961 by the International Theatre Institute (ITI). One of the most important part of the day is the circulation of the World Theatre Day International Message through which at the invitation of ITI, a figure of world stature shares his or her reflections on the theme of Theatre and a Culture of Peace.)

THEATRE AS A SHRINE by Shahid Nadeem 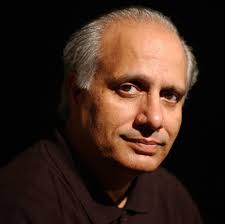