This page will feature contributions by contemporary playwrights sharing their preoccupations, experiences and processes. We start off the April-May-June season with Akash Mohimen.

Along with a variety of mangoes, one can see a wide range of children’s plays doing the rounds across all the major cities of India. From puppets, to science fiction, to musicals to comedies, summertime is the season when the world of theatre is bursting at it’s seams with content for the young.

But there is one thing putting up a production for kids, and a whole different challenge for a playwright to write for the younglings. For one, it’s been at least a decade since any of us playwright’s were kids. And it is always difficult to gauge what the children of today will react to.

KIDS THROUGH THE AGES
The first major hurdle is to understand which age group you are writing for. Unlike adults, who fall under one larger emotional and intellectual umbrella after, children themselves fall under different age groups: each with different reactions and expectations from any given performance. For example, children from the ages of 3-5, would generally react to actions, music and colours. Hence, puppeteering or clowning are a great way to get through to your target audience.

Dialogues are the primary tool of storytelling for a playwright. But for toddlers, who are still forming their language skills, dialogues can be an unnecessary distraction which triggers their short attention span. And lets face it, in live performances, that’s the last thing you want from your audience.

So in case of plays for such young audiences, the writer must trust the director and the actors’ capability, to take a line of script and make it as visually appealing as possible. Children from 5-8 fall under a very different category. By now their senses are much more honed, their language skills have developed and they can join the dots to understand the storytelling through dialogues. Physical humor still plays an important role to entertain the kids. But smart writing and a fun plot, will always earn you the trust of the children.

By the time children approach double digits, they reach a much more mature age. Much mature than what I could claim to be at that time of my life. Also, with exposure to popular medium of films and television via internet, children are subtly trained in storytelling since an early age. By the time they are 10, they have a wider emotional range and even understand the humor in the dialogues.
Teens these days have obviously been exposed to a large quantities of ‘Young Adult’ fiction. So writing for them is much simpler. Though they might not grasp deeper philosophical meanings, they do have a certain world awareness to understand where the story is coming from. Hence intelligent playwrights, can milk the age group and can actually hone their own writing skills by garnishing their plays with interesting plots and complex layered characters.

IMAGINARIUM FOR CHILDREN
Since the age of Greek theatre, one of the most important unsaid pacts between an audience and the practitioners has been ‘the suspension of disbelief’. Often adults break this deal and refuse to release their imagination. But for children, that’s the easy part. Their imagination is one giggle or a gasp away from lift off.

So as playwrights, the sky is the limit to where we can stretch our imagination, and children will willingly take flight. As long as it’s entertaining.

DIALOGUE DISASSOCIATION
One of the traps most playwrights fall into are that of writing dialogues for children. We often put ourselves in higher intellectual ground and talk down to our audience. We write as if, children aren’t capable of piecing the pieces together and paint the bigger picture.

While this might be true for the youngest age group, most children dislike this trope. Hence, they often end up switching off, when the characters spoon feed plotlines and emotions of a scene. This makes them a witness to a performance, rather than immersing themselves in the experience of live stage production.

And if theatre history has shown one thing, there is nothing more empowering than the rapt attention of the audience.

So start up your computer or open a notebook, and pen out a play for children. It’s a relieving experience to walk down your own subconscious and be a child again. Read children’s books of Dr. Seuss, Enid Blyton, Shel Silverstien, Ruskin Bond and RK Narayan. Watch the animated films of Pixar films.

Often, when writing for a non-young audience, we depend on feedback from friends and peers or critics to understand if our play has worked or not. But in the case of children’s theatre, the audience of is our litmus. We will know in the first 10 minutes if our play is working.

A PLAYWRIGHT'S TRUTH by Akash Mohimen 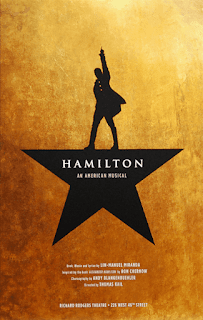 How does a bastard, orphan, son of a whore,
And a Scotsman, dropped in the middle of a forgotten spot,
In the Caribbean by Providence, impoverished, in squalor,
Grow up to be a hero and a scholar.

Thus begins a landmark stage production of the 21st century. Within a few weeks of it’s opening, Lin-Manuel Miranda’s Hamilton gained popularity of mythic proportions. Tickets sold out months in advance! Multiple productions around the world! Nominated for a record 16 Tony Awards and eventually winning 11! A work of literature and theatre which catapulted Lin-Manuel into the pantheon of theatre gods.

But why did Hamilton become a global phenomenon? Why did such an American story enrapture the imagination of theatre goers from all over the world? And why do I, an Indian, sitting seven seas away, enjoy listening to the album multiple times? (If you haven’t, do yourself a favour, go online and listen to it now)

As romanticised as it may sound, we playwrights seek a certain ‘truth’ in our dramas. It stems out of strong emotions! Of moving experiences! The burden of knowledge! Most times, it can barely be identified and can only be described as a churning in the stomach propelling you deeper into the text.

A playwright’s ‘truth’ is an elusive nymph. It’s a tight rope to walk. On one edge too much of our own ‘truth’, converts the text into an elaborately indulgent psychotherapy exercise totally alienating the audience. And on the other side, too little robs the play of originality.

Some of the ‘truth’ comes from just the world we know. British Playwright Martin McDonagh’s early works like the Leeane Trilogy and Aran Islands Trilogy have a level of realism because his formative years were spent at County Galaway in rural Ireland. Sometimes we dive into our personal experiences. Tony Kushner’s Angels in America is a two-part drama about the AIDS epidemic and homophobia in America during the 80s. Much to his own admission, it is inspired from Kushner’s struggle as a homosexual and living with the stigma flung by society. 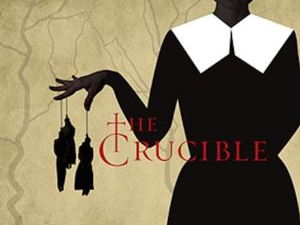 There’s also the occasion when ‘truth’ comes as our voice of protest against an existing system. Arthur Miller never shied away from admitting that The Crucible was an allegory for the McCarthyism in the 1950s. Two of the lines in John Proctor’s final monologue:
“What more must these people ask from me?! I’ve lost everything because of some madness that has swept Salem!”

This was clearly Miller’s heartbroken declaration of the state of the country, where 151 writers were blacklisted because of ‘unAmerican’ activities and Miller himself was forced to testify against many of his peers.

Was it a historically accurate depiction of the Salem Witch trials? No! But was it an artistically honest interpretation of Miller’s feelings towards the system! Like hell it was! And while we are on the topic of theatrical interpretation of historical events, let’s get back to Hamilton and Lin-Manuel’s ‘truth’.

Miranda, a struggling actor in the late 2000s stumbled upon a biography on Alexander Hamilton. Born to a Puerto Rican family, Lin-Manuel was fascinated to read about the man born as a love child in the Caribbean islands, who works his way up the ranks during the American revolutionary war to become the first Treasury Secretary of USA. But despite his successes he gave into indulgences, made enemies, political and personal, all of which led to a tragic end.

In multiple interviews, Miranda has stated that he immediately saw parallels between Alexander Hamilton and a modern day hip-hop star. Rags to riches story, sex scandals, addiction and self destruction. Being an ardent rapper himself, Lin-Manuel decided to narrate the story in Hip-Hop. He turned Congressional debates into rap battles! Inspirational speeches into freestyle raps. And yes, there are bouts of beat boxing.

Needless to say, it is not even close to being historically accurate! The musical even vilifies a few key key political figures. But Miranda told the story which reflected his own truth. He told it in the style that came naturally to him. And while, Hamilton may not be a cent percent representation of history, by staying ‘true’ to his vision, he created theatrical history.

Maybe all playwrights do not embed their truths into their texts. Or better still, they do, and don’t share it out in the open, thereby allowing the immersive magic of the stage to seep into the minds of the audience and allowing them to interpret truth through the lens of their own realities.

And the agonising beauty is, we’ll never know what they take back. If, there is an honesty in thought and writing, rest assured, the legacy lives on. To quote from from one of the lines from one of Hamilton’s final numbers The World Was Wide Enough:
“Legacy. What is a legacy? It’s planting seeds in a garden you never get to see.”