The Flowers are still Fresh by Shanta Gokhale 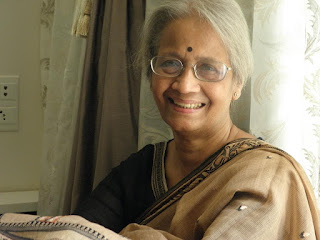 For the longest time, but particularly between the 1990s and 2000s, one kept hearing doomsday predictions about the death of theatre. The earliest perceived threat to theatre was cinema. Then came video parlours followed by satellite TV. And now it is Netflix and Amazon Prime. But through it all, theatre has remained alive and kicking.

In one of my favourite plays, Vyankatesh Madgulkar's "Pati Gele Ga Kathewadi", a Maratha Sardar goes to Kathiawad to collect revenue. To set his mind at rest regarding her fidelity during his absence, his wife gives him a tassel of fresh flowers to wear in his turban, instructing him to take their continued freshness as a sign of her fidelity. The flowers remain fresh throughout his time away, driving his Kathiawadi host mad. "What? The flowers are still fresh?" he keeps asking. That is how it is with theatre. For as long as there are people who love it and are faithful to its first principles of mutual trust and the desire to communicate, the art will remain with us as fresh as the flowers in the sardar's turban.

Theatre survives because it is as close to being a human instinct as any art can be. We do theatre almost as naturally as we breathe. If we take mimesis or imitation by re-presentation as the root of the theatrical art, we might see the beginnings of it in a baby's imitations of the sounds she hears around her. As the baby grows older, a chair becomes a bus, the toddler the driver and her sibling the lone passenger crushed into the back of the vehicle. The toddler is re-presenting her reality. Allied to the urge to imitate, is the second reason why theatre is so vigorously alive. In the best sense of the word, theatre is a primitive art. It is entirely about the human body in space.

A filmmaker friend often tried to rile me by calling theatre a primitive art. But to me theatre's primitiveness was its strength. Thirty years on, this friend was weeping over the demise of celluloid and its replacement by digital technology which he believed to be the lesser image-maker. I did not crow then and say, "But look, our flowers are still fresh." I believe theatre's primitive quality is what Peter Brook is talking about in the opening lines of "The Empty Space". "I can take any empty space and call it a bare stage. A man walks across this empty space whilst someone else is watching him, and this is all that is needed for an act of theatre to be engaged."

In reading these lines we tend to lay emphasis on the space and the walking body, forgetting the "someone else" who is watching that body walk in that space. Without that someone, there is no theatre. What theatre does for the viewer is unique, something no technologically driven art can do. It allows free rein to her/his imagination. Take an auditorium of 600 individuals watching an empty space. A man walks in and says, "Ah here is the forest", and all 600 'see' a forest. That is why we can take any empty space and call it a stage. An old studio, a pub, a club, an abandoned factory, anything will do. The less formal the space the more resourceful and imaginative theatre makers and audiences are called upon to be. That is how theatre keeps us fully alive, in communion with each other about things past and present, engaged in a revelatory process that allows us to feel and think our way to self-knowledge.

(World Theatre Day was initiated in 1961 by the International Theatre Institute (ITI). One of the most important part of the day is the circulation of the World Theatre Day International Message through which at the invitation of ITI, a figure of world stature shares his or her reflections on the theme of Theatre and a Culture of Peace.) 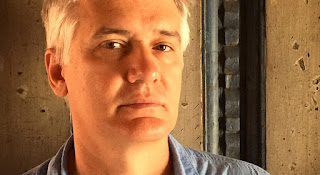 Before my awakening to the theatre, my teachers were already there. They had built their houses and their poetic approach on the remains of their own lives. Many of them are unknown, or are scarcely remembered: they worked from silence, in the humility of their rehearsal rooms and in their spectator-packed theatres and, slowly, after years of work and extraordinary achievement, they gradually slid away from these places and disappeared. When I understood that my personal destiny would be to follow their steps, I also understood that I had inherited that gripping, unique tradition of living in the present without any expectation other than achieving the transparency of an unrepeatable moment; a moment of encounter with another in the darkness of a theatre, with no further protection than the truth of a gesture, a revealing word.

My theatrical homeland lies in those moments of meeting the spectators who arrive at our theatre night after night, from the most varied corners of my city, to accompany us and share some hours, a few minutes. My life is built up from those unique moments when I cease to be myself, to suffer for myself, and I am reborn and understand the meaning of the theatrical profession: to live instants of pure ephemeral truth, where we know that what we say and do, there under the stage lights, is true and reflects the most profound, most personal, part of ourselves. My theatrical country, mine and that of my actors, is a country woven from such moments, where we leave behind the masks, the rhetoric, the fear of being who we are, and we join hands in the dark.

Theatrical tradition is horizontal. There is nobody who may affirm that theatre exists at any centre in the world, in any city or privileged building. Theatre, as I have received it, spreads through an invisible geography that blends the lives of those who perform it and the theatrical craft in a single unifying gesture. All masters of theatre die with their moments of unrepeatable lucidity and beauty; they all fade in the same way, without any other transcendence to protect them and make them illustrious. Theatrical teachers know this, no recognition is valid when faced with that certainty which is the root of our work: creating moments of truth, of ambiguity, of strength, of freedom in the midst of great precariousness. Nothing survives except data or records of their work in videos and photos that will only capture a pale idea of what they did. However, what will always be missing from those records is the silent response by the public who understands in an instant that what takes place cannot be translated or found outside, that the truth shared there is an experience of life, for a few seconds, even more diaphanous than life itself.

When I understood that the theatre was a country in itself, a major territory that covers the whole world, a determination arose within me, which was also the realisation of a freedom: you do not have to go far away, or move from where you are, you do not have to run or move yourself. The public is wherever you exist. You have the colleagues you need at your side. There, outside your house, you have all the opaque, impenetrable daily reality. You then work from that apparent immobility to design the greatest journey of all, to repeat the Odyssey, the Argonauts’s journey: you are an immobile traveller who does not cease to accelerate the density and rigidity of your real world. Your journey is toward the instant, to the moment, toward the unrepeatable encounter before your peers. Your journey is toward them, toward their heart, toward their subjectiveness. You travel within them, in their emotions, their memories that you awake and mobilise. Your journey is vertiginous, and nobody may measure or silence it. Nor may anybody recognise it to the right extent, it is a journey through the imagination of your people, a seed that is sown in the most remote of lands: the civic, ethical and human conscience of your spectators. Due to this, I do not move, I remain at home, among my closest, in apparent stillness, working day and night, because I have the secret of speed.