Dolly Thakore's 'Life in the Theatre'

THE LEGEND, PRATAP SHARMA
It is with a heavy heart that I sit down to write about playwright, author, dog-lover, karate expert, actor, 'The Voice', and a warmth, affectionate, gentle friend Partap Sharma who left us last week on November 30, 2011.


If there is anyone I know who has never had an unkind word to say about people and events, it is Partap. Never envious, never complaining. Ever patient, and always cheerful. 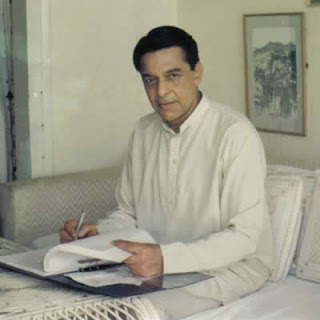 My first encounter with the name was in London in 1966-67 when I was called to audition for 'A Touch of Brightness' to be staged at the Royal Court in Sloan Square on March 5, 1967.  Needless to say I did not get the lead part of Prema – the beggar girl whose life unfolds in the red-light district of then Bombay.


It was there that I heard we were auditioning for a play by an Indian playwright that was banned in India. It is well-known now that on September 10, 1965, the actors passports were impounded on the eve of their departure to stage the play – directed by Alyque Padamsee - for the first Commonwealth Arts Festival.


But Partap did not give up.  He filed a writ petition in the Bombay High Court challenging the ban.  And in January 1972 the High Court revoked the ban. But it was not till August 9, 1973 that the Indian National Theatre first performed the play at the Tejpal Auditorium in Mumbai - directed by the playwright Partap Sharma himself. And I played Suraksha – one of the inhabitants of the infamous cages of Foras Road!


Returning to India, I first met Partap in 1970 - when I acted in his little known play 'The Professor has a War Cry' directed by Arun Sachdev at the now defunct Palm Beach School off Napean Sea Road. Thus began my numerous encounters and conversations with Partap in recording studios of the Films Division, Radio Gems, Radiowani, and Famous Mahalaxmi. This was our regular beat. And in 1970, I was assistant/casting/costume gofer to friend film director Shivendra Sinha for his film 'Phir Bhi' in which Partap played the lead.


But our conversations were always about his newly acquired Alsation puppy Ranja who Partap exercised every morning at the Race Course.  And went on to write a few books that were dog-based…'Dog Detective Ranja', 'Top Dog'; Or his children’s book of stories 'The Surangi Tales' when his daughter Namrata and Tara arrived.


Then came his martial arts period. And he prided himself in regaling us with those experiences.
In 1989-90 he played Nehru in the film The Jewel of India by Kumar Kiran and in 2002 he was cast as Nehru again in the Bandung Sonata which took him to China where he was struck down with emphysemia. He returned with a lung infection, and almost since then  an uninhibited Partap with his oxygen bottle cylinder and tubes could be seen at book launches, concerts, and special get-togethers.


On my brief encounters in recent years, he shared his training regimen for breathing….he began to learn to play the flute, train his voice under a classical guru.  And gave us the most valuable renderings of Julius Caesar, Macbeth, and The Merchant of Venice -- playing all the voices including Calpurnia, Portia, Lady Macbeth…albeit taking breaks to recharge his lungs.
He never failed to astound one with his zest and pursuit for pushing himself to achieve what many of us deemed impossible.

I never missed a play by Partap Sharma.

His impeccable research for his plays “Zen Katha”, “Begum Samroo”, and the latest surprise “Sammy” made one marvel at his indomitable spirit.

As I look up at my book shelf I see many of Partap’s books staring down at me…but my all time favourite is 'Days of the Turban' about the rise of Sikh extremism and terrorism among the young elite  in the troubled days of the Punjab.

I never missed a book by Partap Sharma.

And even as recently as two months ago he enthused about his latest book for his grandchildren with digital images, and asked for a publisher.

Four years ago, when Thespo 9 had chosen him to receive  the Lifetime Achievement Thespo Trophy, he was shifted into ICU…but the same indefatigable spirit of encouraging the youth and paving a path for them made him seek special permission to be presented the trophy in his ICU bed by Vijaya Mehta - his first Bhabhi Rani of A Touch of Brightness.


And he has left us with that touch of his brightness that will always touch our lives through his plays, his books, his recordings, and his voice.
To view the Partap Sharma Video by Thespo, Click Here
To view Partap Sharma receiving the Thespo Lifetime Acheivement Award, Click Here